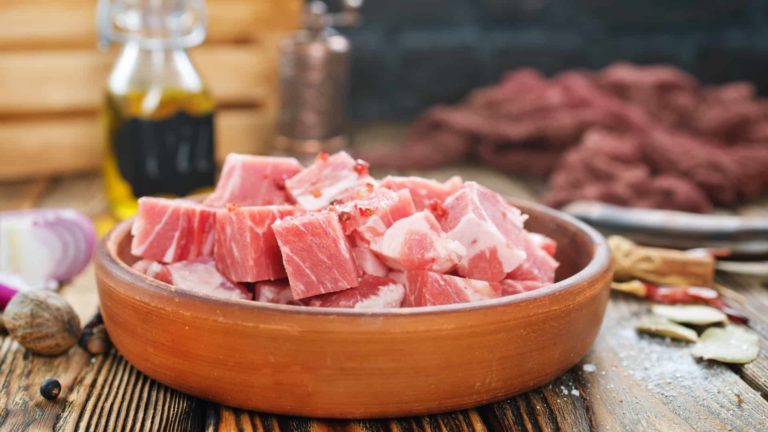 Using the Carnivore Diet as an Elimination Diet

Some people regard the Carnivore Diet as an Elimination Diet. An elimination diet excludes foods in an effort to identify allergies, intolerances, or other problematic foods.

Since the Carnivore Diet removes plant-based foods it removes nearly all potential offenders including problematic lectins, oxalates, alkaloids, salicylates, and many others.

In this regard, the Carnivore Diet is the ultimate elimination diet.

It’s congruent with what we are designed to eat and it removes the unnatural foods that have infiltrated our diet.

Doing a Carnivore Elimination Diet for a period of time, if you continue to experience any issues while eating a meat-based diet, is a great idea to help identify potential offenders.

Many people view the Carnivore Diet as an Elimination Diet, however, taking even this to a more “extreme” elimination is a great way to find any offending foods in the animal kingdom.

The most common foods that can give people problems are certain kinds of meats like pork, eggs, and dairy. Testing these foods out of the diet, and bringing them back in can be a good strategy to fine tune your Carnivore Diet.

After 30, 60, or 90 days of focusing on animal-based foods. You can remove everything except ruminant meat (beef, elk, deer, bison, ect.), water, and salt. Red meat is congenitally the safest food. And creating a solid baseline of only red meat can create a foundation in which you can test other foods against to see what works for you and what doesn’t.

Start by doing this carnivore diet elimination protocol for 30 days or until you feel a really solid foundation and homeostasis.

Then when testinging other foods you can start by:

When testing these foods, it’s best to test in one at a time, and just with red meat.

After 30 days of just beef, salt, and water you try adding back in pork and notice ill symptoms, keep it out of your regular diet. If you test back in dairy, like cheese, and notice bloating – cut it. You may try adding eggs back in, and you feel good with them and like having them as a side. Keep them. You may try having your morning coffee again, and enjoy it. Add it back in. Personalize your plan.

The best way to do this is to do a complete carnivore elimination diet, and then only add back in 1 “test item” at a time using ruminant meat as your baseline to test everything against.

However, there is a problem with viewing the carnivore diet as a whole as an elimination diet.

“The dose makes the poison.”

This is a famous saying, and for a good reason. There is a lot of truth in it.

Where this gets tricky is that people respond to the same doses with very different effects. Low doses can obviously poison some people and seemingly not affect another.

If someone with Celiac disease eats gluten, the consequences are clear. They have severe GI distress. While someone else may just feel slight intestinal distress. While another may feel no ill effects at all.

A huge issue most of us face is the insidious nature of these toxins. We don’t get immediate and evident feedback. They are “silent toxins.”

These silent toxins can gradually increase gut permeability, quitely cells become insulin resistant, oxalates secretly accumulate. And then “suddenly,” seemingly out of nowhere, we end up with an autoimmune disease or diabetes.

On average, the American adult gains two pounds per year. After one year it’s not that noticeable. By the end of the decade you are “overweight.” But since culturally we’ve redefined this as the new normal, we just consider this extra weight as “healthy weight”. And then seemingly overnight, you are obese, with diabetes, high blood pressure, and on several prescription medications. (r, r)

There is this grey zone. It blinds us. Because, frankly, it’s hard to see.

On one side of the zone, the body handles a toxin just fine – perhaps even a hormetic argument can be made that dealing with some of these toxins makes us stronger, like some argue about the sulforaphane in broccoli.

On the other side of the zone is the cumulative impact of daily toxins. They build up. They do damage below our conscious noticing.

In one sense, someone with Celiac disease who suffers severe digestive distress when eating gluten can consider themselves lucky. They know the dramatic, immediate adverse effect of eating food incongruent with their body. The red flag is loud and clear.

The vast number of people who eat gluten think they are just fine. And since we’ve come to believe that some digestive distress is completely normal, we don’t think twice about the potential gut damage it is doing. Blind to the insidious harm.

Grains make up over half the food consumed in the world. (r) We are exposed to these toxins on a continual basis, meal after meal, day after day, year after year.

With an elimination diet you gradually add back in other foods to your diet. And if you feel “fine” with them, then it’s generally considered “ok” to eat them.

And since you didn’t have a reaction to it – it’s considered a “negative” response.

But as we just saw, many of these foods are insidious. Eat it once and you are fine. Eat it day after day and you think you’re fine. And then “suddenly” the harm finally rears its head as a chronic disease. It was a False Negative.

False negatives are the rule, not the exception, with food today. We eat truck loads of sugar, meal after meal, day after day, and we think we feel fine. It’s not until we are obese with diabetes and multiple prescription medication do we finally realize that maybe all the sugar wasn’t harmless. Maybe it was a False Negative.

Just the opposite of a false negative, false positives are also a problem.

On the opposite side of the spectrum are “false positives.”

This means you eat a food, feel terrible, and thus conclude that food is troublesome and to be avoided. But this can be deceiving.

For example, many vegans have turned to the carnivore diet to reverse health problems. When they start eating a high fat, meat-based diet, they often experience GI distress. It would be easy to conclude that “meat is disagreeable with me.”

There can be a painful transition period into the carnivore diet. Yet this would be a “false positive.” It seems bad, when really the body is adapting and healing.

Oxalates are a perfect example that combines a “False Negative” and a “False Positive.” You can eat oxalates and not have symptoms (the “False Negative”). But they bioaccumulate in tissues over time.

If allowed to continually build up, these oxalates can form extremely painful crystals resulting in joint pain and kidney stones.

It’s not until you stop eating them that the body can finally get rid of the oxalates that have built up. This “oxalate dumping” is often tremendously painful.

It would be easy to conclude, “when I eat oxalates I feel fine (the “False Negative”), but when I removed them I feel terrible” (the “False Positive”). But that false positive is just the body purging a toxin.

But because the causative source is so far removed from the onset of pain, it’s hard to see that it was the habitual oxalate consumption that was the culprit.

How to use the Carnivore Diet as an Elimination Diet

In “The Ultimate 30-Day Guide to Going Full Carnivore” you’ll notice the emphasis on getting adapted and creating a homeostatic baseline.

After this foundation is created, it’s easier to identify false positives and false negatives.

But even at this stage there can be false positives/negatives.

After doing the Carnivore Diet Elimination Protocol you may decide to test coffee back into your diet. Coffee has plant-toxins, it’s a natural insecticide, and it’s a food that when people add back in, it’s not an occasional thing but typically a daily indulgence. And it’s usually not just one cup…

Again the dose is the poison.

This is why coffee a risky addition, and something to test in / out on an ongoing basis.

On the flip side, you may be just fine with coffee, you may handle the toxins with ease, and it may not have any negative short term or long term impact. Some things are close to impossible to determine. So keep in mind, if a health issue creeps up, maybe re-do the Carnivore Elimination Diet protocol and see if you can identify it. It’s a tool in your toolbox.

The restrictive nature of the Carnivore Diet makes people hesitant to think of it as a long term way of eating. People want to “live life.”

So it’s easier to view it as a short term elimination diet to unveil troublesome foods. But there are other ways to implement the Carnivore Diet and “live life.”

Some people use the Carnivore Diet as their “baseline” diet – their daily normal – and then allow themselves to deviate on occasions.

For some people this allows the flexibility for long term success. For others it is a recipe for relapse.

For others, one bite can be just one bite. And a flexible approach to the Carnivore Diet gives them the freedom they need to succeed long term. You have to know yourself.

The Carnivore Diet as an Elimination Diet: Conclusion

If doing the Carnivore Elimination Diet protocol keep in mind false positives and negatives when adding back in foods. It can easily lead to reverting to previous eating habits and succumbing to sugar and carb addictions.

That said, it can be a very useful tool for some people. As an elimination diet, it can help uncover the worst offenders.

For those that feel too restricted, instead of viewing the Carnivore Diet as a short term elimination diet, it may be more helpful to adopt a “flexible” approach. While this may lead to relapse for some people, for others it can provide the flexibility for long term success. Again, it’s essential to “know thyself” as Socrates would say.

The dose is the poison.

Socrates also was well aware of this, as he was sentenced to death by just a touch of poison hemlock – a deadly plant toxin in the carrot family.

So if you choose to use the Carnivore Elimination Diet protocol remember when adding back in foods, false positives and negatives can trick you. Doses can be insidious.

If you want to learn more about how to use a carnivore diet as an elimination diet, and how to tailor a meat-based diet to you, and what works in your life, for your goals, I highly recommend watching the Meat Health Masterclass:

What is the Carnivore Diet?

Evidence for a Meat-Based Diet