How a 20 Year Pursuit of Fitness Failed

It all started as a fat kid. A fat kid that didn’t want to be fat.

For the last two decades, I have been obsessed with health and fitness.

Those chubby years led to decades of studying, research and self-experimenting. I did nearly every diet you could think of and made up countless other diets that I wouldn’t dare admit to. I mixed, matched and manipulated, tested, timed and tinkered with every nutritional variable imaginable. Through the combined years of study and being my own guinea pig, I thought I had cracked the health and fitness code… 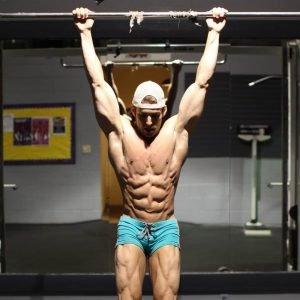 I was able to build muscle and have single digit body fat year-round. I was a national level physique competitor, and while I was in dental school, I was also coaching people how to get the body they wanted.

If you had asked me how to do this, I would have told you that it’s as easy as following a “healthy” diet with a little bit of strategy. Not only would I have told you the diet worked, I thought I would be making you healthy as a nice side effect of achieving the body you wanted.

It really wasn’t a secret any more. We have technology that can spit out your entire 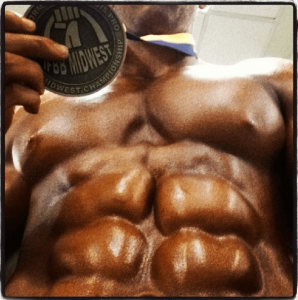 genome, the vary building blocks of your physical body, of course we’ve figured out what a healthy diet is, right?

But after 20 years of eating more chicken breasts than I dare to admit, I decided I had had enough.

At this crossroad, I took an honest inventory of my life.

It became obvious when I looked at what was right in front of me for years.

As a doctor treating sleep disorders, I never got a good night’s sleep…not good.

I drank an absurd amount of coffee throughout the day.

I crashed every afternoon.

My mood was as stable as my energy. It swung on a vicious pendulum.

My workouts were stalled.

I had joint pain in pretty much every moving area – chronic shoulder pain, mid back strain and lower back spasms, and chronic tendinitis.

I was riddled with inflammation.

I had no libido…so I have a pretty good idea of what my testosterone levels looked like.

I used caffeine for more than just energy, but also to try and clear daily brain fog.

It was overcast every day inside.

On this horrible day in 2017, the clouds parted just enough that I could see what was glaringly obvious – I had spent 20 years optimizing for building muscle and burning body fat, and I assumed health and longevity and vitality and function and performance were all nice side effects of eating “properly.”

When I think back on this misguided assumption, I think I knew it for years. It was like…one of those things that you subconsciously purposefully ignore because you don’t want to see the truth and give up what you have.

Interestingly, even with a laundry list of ailments, when you live with them day-in-and-day-out, they become natural, they become the new normal. It wasn’t until I was willing to take an honest look did I realize how broken I was.

This is when a sobering thought hit me.

If the diet I had followed which optimized for physique is not ideal for optimal function, then that necessarily meant I was going to have to sacrifice physique for function or vise versa.

In my 20s I wasn’t ready for that sacrifice.

For every bad symptom, I would simply figure out a cure. If I was tired, drink coffee – it has polyphenols which are a super nutrient, it has caffeine and some fiber making it a good appetite suppressant, it’s positively correlated with numerous health and longevity variables, and it’s going to help me live forever. Pour me another cup.

I looked at all the band-aids I was using to patch all the symptoms I had.

I was practicing American medicine at its finest.

But during my quarter-life-crisis, a small but very significant shift happened.

It just so happened that when I turned 30 I was closing my private practice where I was treating obstructive sleep apnea (OSA) to venture full time into two new businesses. Great idea, right? While treating patients’ OSA, I discovered several issues in standard treatment recommendations, which prompted me to start a side project. A couple years and many dollars later, an intranasal device was developed to help better treat snoring and OSA. The design, patent, and prototype were ready just as I was launching a second side project. The other company was an educational technology company, completely unrelated to the first company. Education has always been a passion of mine. I wanted to bring down costs, open up access, and empower anyone, anywhere to be able to get educated in any area they love, and find opportunity that matches that education. I had an idea, a business partner, and software all ready to open up education and opportunity. I know it’s typically not smart to launch two brand new companies at the same time, but I’ve learned to never fight passion. If I feel the fire, I follow the fire.

Needless to say, when I turned 30, I needed to function at a level higher, much higher, than I ever had.

I needed to function at a Superhuman level.

My goal, my #1 priority, which fitness had held for so many years, became finding a way to function at this Superhuman level. I knew I would have to pull off all the bandaids I’d been using. I would have to get to the heart of the problem to find the cure. I believed with the problems unmasked and the cure discovered there was a Superhuman hiding within.

I had glimpsed him before. That first time I had coffee. That fleeting experience of being in a state of deep flow. That energy of a first love.

If he had come out before, even just as a temporary tease, that means he’s in there.

Was there a way to bring him out more regularly?

Is it possible to feel Superhuman every day?

The Hunt to find my Superhuman began.

NOTE: This is an intro from the upcoming book “Meat Health: The Hunt to Become Superhuman” — now open — to join the pre-launch Tribe of Carnivores for inside access, bonuses and much more by joining the Saturday 7.

If you’re crazy enough to experiment yourself, here is “The Ultimate 30-Day Guide to Going Full Carnivore”