In this article, we’ll review common symptoms like diarrhea and low energy, and cures for overcoming these carnivore transition symptoms.

Often, nearly always, when you start a Carnivore Diet, you will experience adverse symptoms and side effects. It is what we affectionately call the “Trough of Despair” or the “Trough” for short.

Common Symptoms of Beginning the Carnivore Diet Include:

Even some experienced low carb eaters struggle with many of the symptoms when beginning a carnivore diet.

As a couple examples of hormones responding and rebalancing, let’s look at thyroid hormone and cortisol.

Thyroid hormone levels may decrease. T3 is a hormone produced by the thyroid that is closely connected with dietary carbohydrates. It plays a major role in regulation of body temperature, metabolism, and heart rate. 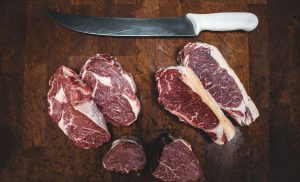 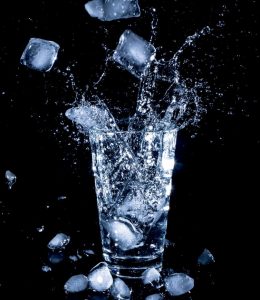 Gastrointestinal (GI) issues are extremely common, especially if you are coming from a low fat diet. Sometimes referred to as “disaster pants,” experiencing diarrhea on the carnivore diet is not uncommon.

Start with a simple lipase supplement taken a few minutes BEFORE meals. Start with 1 tablet and if you still have some discomfort go to 2 (6,000 lipase activity unites LU).

For most people, lipase alone does the trick. However, some people need to use exogenous bile.

A Betaine HCl supplement is the answer. Don’t take this with anti-inflammatories which could result in ulcers. It should automatically include pepsin in it, but worth checking just to make sure. Common dosage range is between 3-5g/meal.

Lastly, since it is very common to go less often, with less volume, (meat is absorbed extremely efficiently!) some people mistake this as constipation. However, some people do need help getting things moving along early on and Magnesium Citrate or Magnesium Hydroxide can aid in bowel movements.

Besides the metabolic and hormonal changes mentioned, you may also experience alterations in “Brain Changes” that occur along the “brain-body highway,” a signaling control system between the gut and the brain.

The Key to Carnivore Success: COMMIT